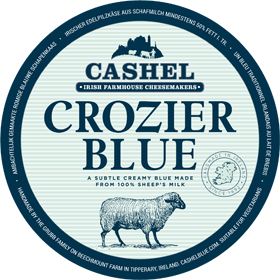 Crozier Blue has a rich, full and well-rounded flavour. It is gently salty with a distinctly rich creamy texture, offset by a touch of spice.

Crozier Blue is much slower to mature than Cashel Blue® and becomes ready for market at a minimum of 12 weeks. It can be matured for up to 11 months. The cheesemaking style is similar to Cashel Blue®, in that neither cheese can be described as a strong blue, however Crozier Blue is a far more traditional blue than Cashel Blue®. A particular characteristic of Crozier Blue is it’s pleasing creaminess, which can be traced directly to the limestone-rich pastures which the ewes graze and which in turn contribute to a particularly lush full and sweet milk. People are often surprised by how much they like Crozier Blue, those unfamiliar with sheep’s milk cheese assume it to have a farmyard flavour which is not present. In recent years we have been very surprised by the good reception it has received in France, home to the great ewes milk blue, Roquefort. Here are some tasty Crozier Blue recipes, created and shared with us by talented chefs. You may also be interested to know of the health benefits of Ewe’s milk cheese. 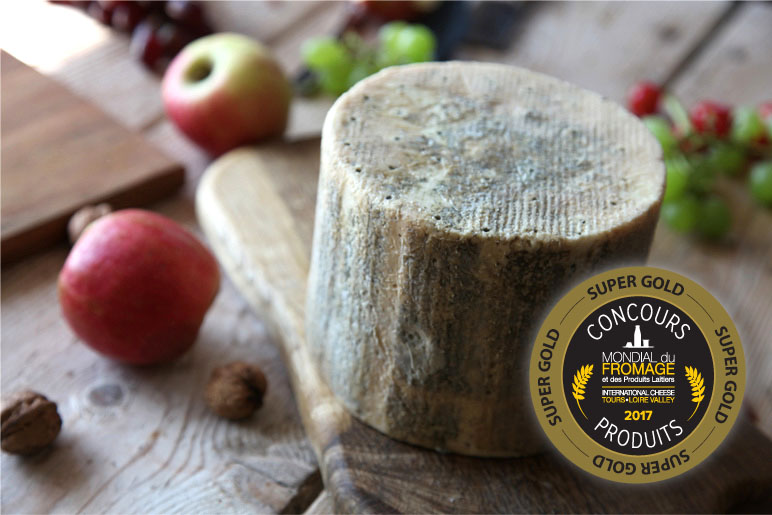 Crozier Blue has an off white interior appearance, this is typical of sheep’s milk cheese. Throughout the cheese there is a blueing often referred to as having marble-like pattern, although comparative to many traditional blues, Crozier is typically less blue. The rind, which with time can develop a film of surface mould and slight moisture is untreated and is therefore edible, it is however typically stronger and is better used in cooking. The rind which contains an ugly beauty in that it is intrinsic to the flavour of the cheese and contributes to the breaking down of the paste, adding further flavour and complexity. N.B. the rind can taste saltier than the inner paste.

Traditionally made in 1.5kg wheels (or thereabouts) and packaged in silver foil. See this product format in our online shop here. 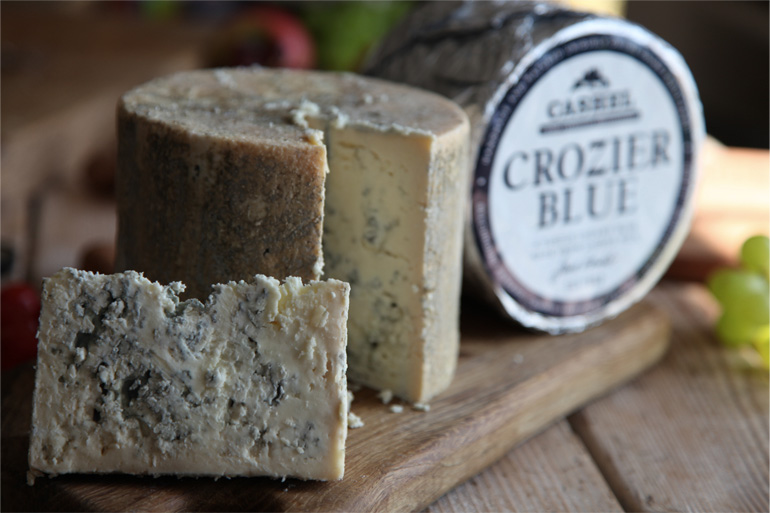 Having created Cashel Blue® in 1984, Jane Grubb continued to craft her “baby” until 1993. Unfortunately, having developed the infamous “cheesemaker’s back,” Jane was no longer able to carry out day to day activities and she taught Geurt van den Dikkenberg, a Dutch Gouda maker, to make her Cashel Blue®. Louis Grubb, ever the innovator, thought it would be interesting to experiment in making a sheep’s milk version of Cashel Blue®. In the early 1990s he introduced a few sheep onto the farm at Beechmount and Geurt set to work in creating Ireland’s first sheep’s milk blue cheese. Get the full story in our History Timeline.

Here is Michael Crosse milking the Friesland sheep for the Crozier Blue milk on our neighbouring farm in Cashel:

Crozier Blue was named after a very early piece of Irish silver, St Patrick’s Crozier, which can be found in the renowned Rock of Cashel, in our local town. A crozier refers to the hooked staff carried by either a bishop or a shepherd. The story goes that this was the staff St Patrick held as he converted the pagan Irish king to Christianity. The name Crozier Blue is a play on the fact that Crozier Blue is a sheep’s milk cheese and that it is in Cashel that St Patrick converted the Irish.