The European Farmhouse and Artisan Cheese-makers in Ireland, April 2013 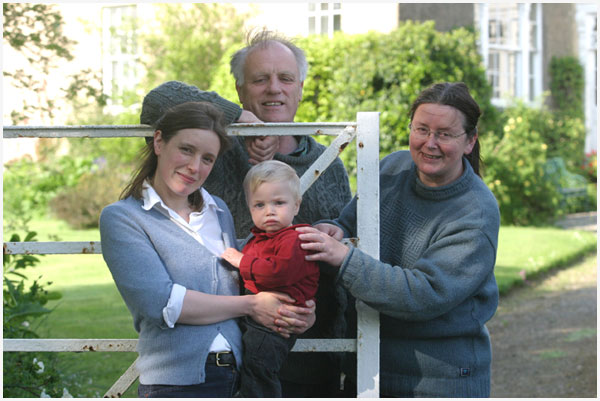 I am just recovering from being on the committee organizing the 5th European Farmhouse and Artisan cheese-makers congress held in Cork on the 25th -27th April in Cork.

It is great to see a structure where small cheese-makers from all over Europe can come together and share knowledge and discuss their common problems. Twelve countries were represented. Thirty years ago when Cais/ The Irish Farmhouse Cheese-makers Association was formed there was not a network of national cheese-makers associations for Europe. In fact the modern phenomenon of Artisan Cheese production in most countries has only developed since then and it appears that Ireland may have been slightly in the lead.

On the first day of the event a tour was organized for delegates to visit Gubbeen Cheese and Coolea Cheese. I made the trip down from the farm together with nephew Louis Clifton Brown and Geurt van Den Dikkenberg our cheese-maker. Gubbeen and Coolea are both founding members of Cais and now have the second generation family involved. Dick and Helen Willems of Coolea have semi-retired and their son Dicky runs the show producing excellent cheese on a small farm in a mountain valley near Coolea village. I am sorely tempted to fully retire myself when I see what they have done with their extra time! The farm has been landscaped with a large lake and the garden including a big poly-tunnel with interesting fruits growing in it. Helen has become a full time artist with the house adorned with very attractive landscape paintings.

We were blessed with the weather and drove through the scenic landscape of West Cork through Bantry and on to Gubbeen near Schull. The Ferguson family at Gubbeen pulled out all stops and showed us their cheese production, farm and charcuterie business as well as entertaining us royally with local food, Murphy Stouts and live music, while the sun shone all the time.

Similar to Coolea the family has a strong creative and artistic streak and it showed in the landscaping and development of the farm house and gardens as well as the imaginative reception we were given. While at Gubbeen I was pleased to meet John Field of Skibbereen whom I first met in 1973 when on a skiing trip in Austria, he was most enthusiastic about our new Cashel Cream Cheese, which was encouraging. Also at Gubbeen was Hartmut and Renatta Eppel who valiantly tried to develop an export trade of Irish Farmhouse Cheese to Germandy in the 1980’s. It was great to catch up with so many people I had not seen in such a long time.

The following day the formal conference was opened by Simon Coveney Minister for Agriculture, Fisheries and Food. In his opening address to the group he referred to our Cashel Blue! My daughter and Son in Law, Sarah and Sergio Furno filled the afternoon slot after lunch with a talk on their approach to cheese grading and selection, emphasizing how important it is for the producer to follow their product through to market, understanding the impact of transport on flavour. It transpires we are quite unusual on our farm in that we make, mature , cut and sell our cheese for the most part ourselves, thereby maintaining a good degree of control right through nearly to final customer. I for my own part did not hear them speaking as I had to do my grandparent role of looking after their youngest 7 month old! Sarah recounted to me afterwards how encouraged she was to hear that some French counterparts encounter the same difficulty in teaching people to respect the importance of grading and selecting in cellaring cheese, it’s not a choice to choose to taste, it’s part of the making of the cheese she always recounts!

On Saturday it was the final day and I only attended the AGM of the European movement. It was good to see democracy at work and countries co-operating with each other and not trying to dominate and a good sense of humor prevailed. However in a democratic process with many language barriers that is quite pedantic I reckoned I would not like to be a member of the United Nations or and a Member of The European Parliament-but I am quite safe on that account! Role on the next Congress which will be held in the Netherlands next year!