Sarah’s taste journey in the USA

For over 20 years we’ve been selling our cheeses all the way over the Atlantic to America. Travelling by ship,  in the company of Kerrygold cheese and butter, the journey from Cork to New Jersey takes a mere 14 days.

Specially taste selected for shipping to the USA, you might ask how and indeed why? In short we look for slow maturing wheels of cheese that will gently develop, maturing along the journey, typically we aim for an ageing of well over 100 days by the time the cheese reaches the cheese counter.

The aim of this grading is to reign in those traditional stronger blue flavours associated with older members of the blue cheese family, such as Danish Blue and Stilton. Like any family different children play different roles, you might describe Cashel Blue® as the moderator, neither too full on or too reserved taking a balanced and approachable stance. During a “Meet The Cheesemaker” tasting session I gave in Wholefoods Lincoln, Chicago, it was a pleasure to watch as people were genuinely suprised by our gentle Irish blue. I fear too many have been scared from the blues by tasting the more noisy spicy versions first!

This visit to the U.S, I noticed that when it came to farmhouse cheese there was definitely a shift towards American Farmstead Cheese. Indeed with relation to the blue cheese I think our Cashel Blue® was the only imported farmhouse blue on the counters I visited.

This brings me to the second leg of my journey, travelling onwards to Iowa and The Heartland of The States to play my role in The American Cheese Society, cheese competition, held this year in the state capitol of Des Moines.

It was the third time we had been involved with the ACS but our first occasion to judge. Louis Grubb having previously shared his experience on Cais, the Irish Farmhouse Cheesemakers organisation, at the 2001 conference and again speaking in 2012, this time on handing family business to the next generation.

I joined 41 other judges in the marathon job of judging, between us 1,843 cheeses from 260 companies over 2 intense days. Divided into 21 judging teams, I was paired with a wise and very fair, kind gentleman from the University of Minnesota, as a team he was charged with considering the entries from a technical stance whereas my my role was aesthetic. 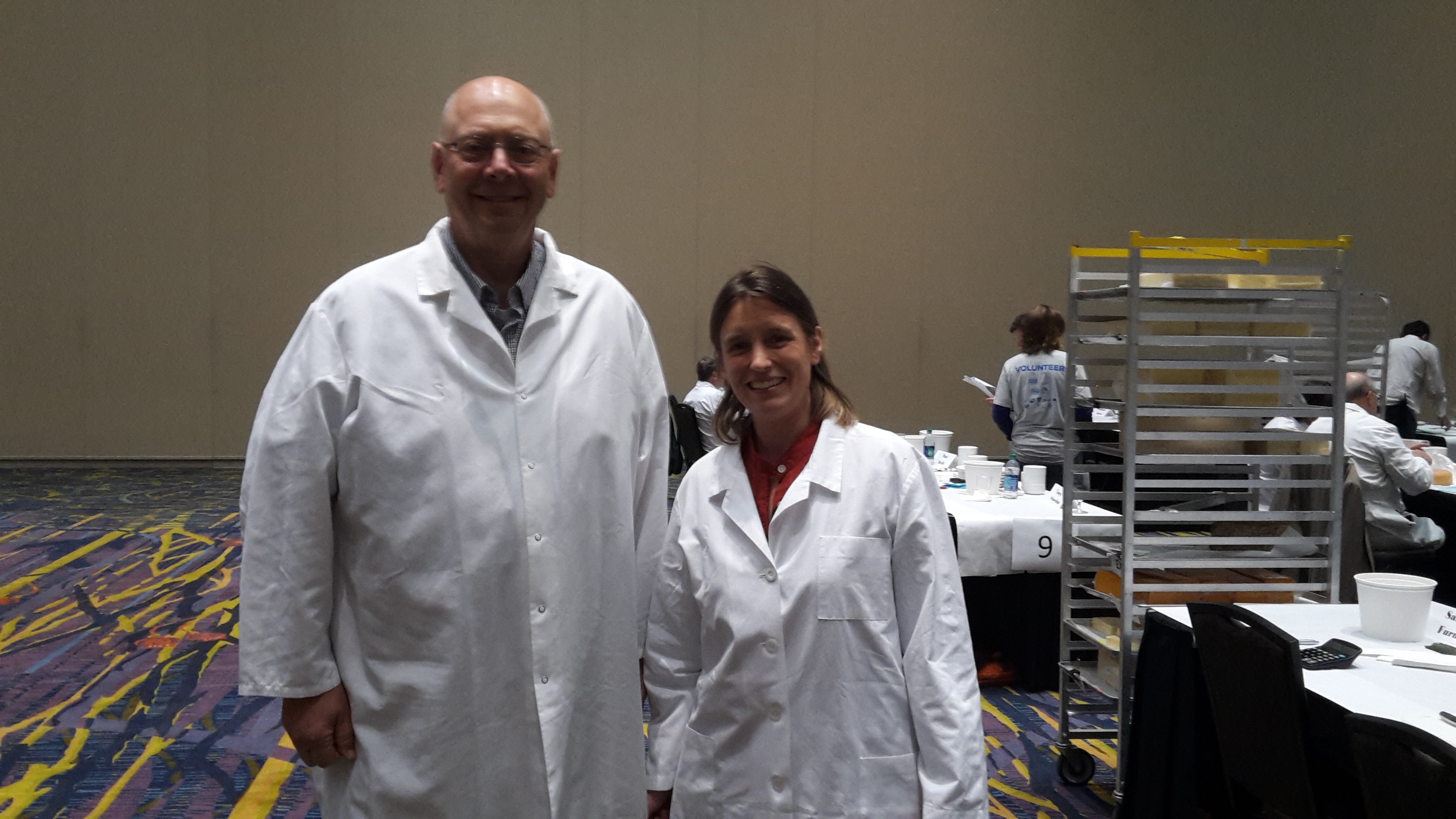 Overall the quality of cheesemaking was very high, particularly with relation to Cheddars, both clothbound and block, but what really took me aback was the range and deliciousness of the washrinds.  I challenge European  taste buds to not be seduced by the delicate full bodied flavours of Jasper Hill Windemere. 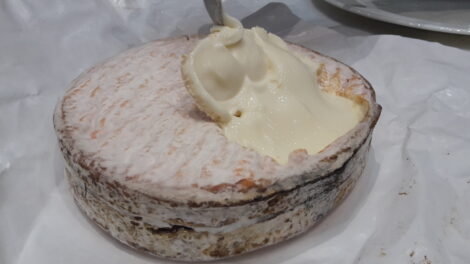 Trends in American farmstead cheese include,  raw milk, milk of mixed breed cows with a particular affection for Jersey milk, triple crème styles and flavoured cheese, with much use of chilI and black pepper. Cheesemakers embrace expression in their making, genuinely seeing milk as a blank canvas. I must say this experimental approach doesn’t always work but is to be admired, have you ever seen or tasted a blue cheese with juniper berries and rubbed on the outside with Saffron? 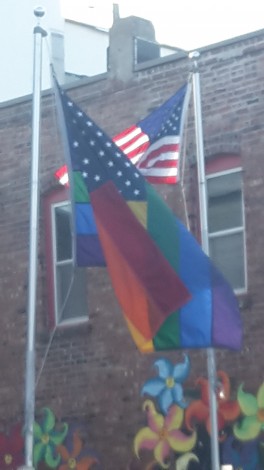 After our days of judging it was a pleasure to catch up with old friends from the industry including Mary Quicke, 7th generation traditional cheddar maker, who like me had made the journey from Europe. Outings included a visit to an out of town diner to enjoy authentic Iowa Pork tenderloin with Iced tea, a barbecue at La Quercia, a flagship quality charcuterie producer who fed us the best of Iowa Corn rubbed with butter, lime and chili  and quality cured pork washed down with local craft beer not to mention dinner with cheesemakers from North Carolina.

With special thanks to The American Cheese Society for the opportunity to judge and contribute to American cheese.