The bi-annual cheese awards ceremony organised by CAIS (Irish Farmhouse Cheesemakers Association) was held at the Metropole Hotel in Cork on 7th November. The first competitions were held in the early 1980’s and CAIS always encouraged them as a means of keeping standards high and also allowing new cheese makers to have their products evaluated and recognised. 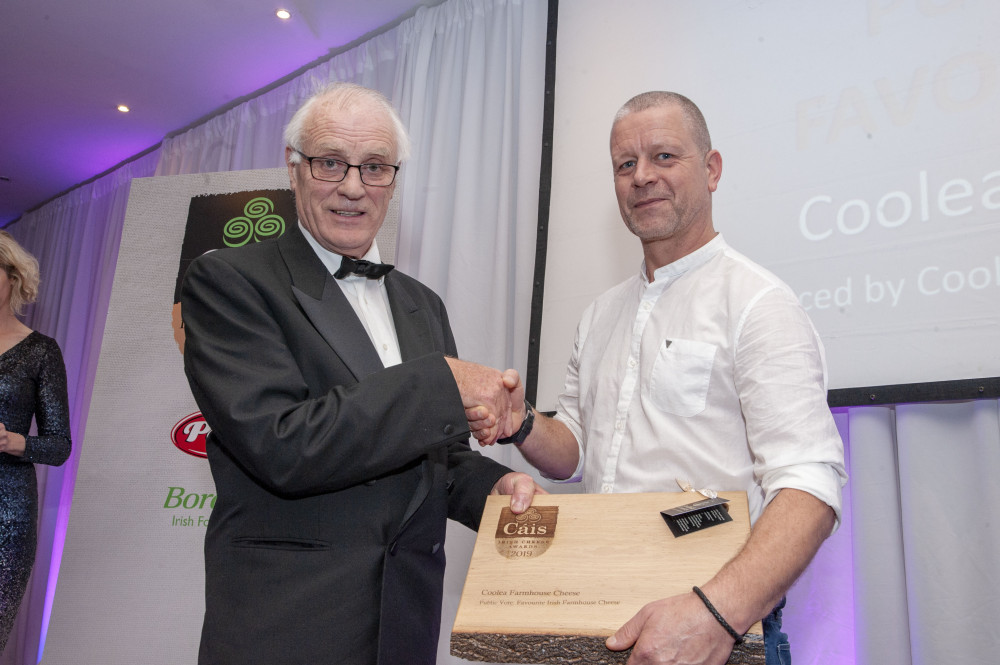 This year saw over two hundred entries an increase over the previous year with an encouraging amount of new entries and particularly strong competition in goats milk cheese. Cashel Farmhouse Cheesemakers won several medals including a gold each for Shepherd’s Store and Crozier Blue, and a silver for Cashel Blue®. As appointed Chairman of CAIS I presided over the formal presentation of awards, a role I am unfamiliar with, I particularly enjoyed presenting the special recognition award to Dr Kieran Jordan who had just retired from Teagasc, (The Irish Dairy Research Organisation) as I myself had worked for the same organisation some 40 years previously. Warm congratulations to all the winner on the evening and most especially to Marion Roeleveld of Killeen Farmhouse Cheese who was recognised as The Supreme Champion. 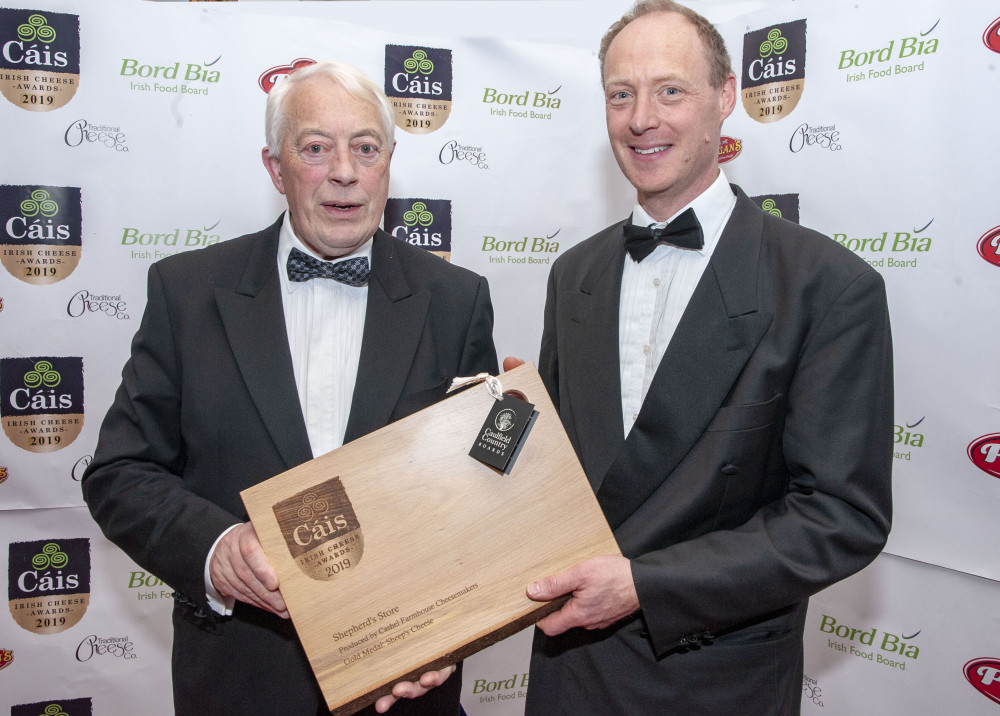